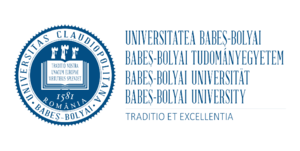 Universitatea Babeş-Bolyai (UBB) is the oldest, largest and, in many respects, the most prestigious university in Romania, with 42,000 students, 22 faculties, more than 3500 employees including over 2000 teaching staff, and 3 languages centres.

Created in1959, UBB is a four-star university in the QS Rankings and it is rated the best Romanian university according to the official meta-ranking. In 2018, UBB received the Human Resources Excellence Certificate, attesting to its full compliance with the European Codes of Research Conduct and Ethics. Its aim is to stimulate top quality research and to achieve excellence by creating favourable opportunities for all students and researchers.

UBB has already established itself as a multicultural, plurilingual and inter-confessional university, yet the traditional system has often hindered the dynamism of the educational process. The fact that UBB has its study programmes organised in all three of the historical languages of Transylvania – Romanian, Hungarian and German – is vivid proof of the university’s diverse cultural and linguistic character, as well as of the value placed on inclusiveness.

The Romanian University has 12 branch campuses of its different faculties opened across the entire region of Transylvania so as to offer as many young people as possible the opportunity to complete their studies. Furthermore, the 23 cultural centres of UBB, organised in cooperation with partner embassies, universities and NGOs, cover almost the entire range of the world’s cultural areas, from Japan to Brazil and from Canada to Indonesia. UBB places great emphasis on internationalisation at home as a means of reaching all actors involved in the intercultural environment.

Since UBB has a strong multilingual tradition, it organises workshops for teachers where they share their practices and experience of using various digital tools for teaching/learning, in order to learn how to adapt content and materials for online teaching. UBB will be responsible for : 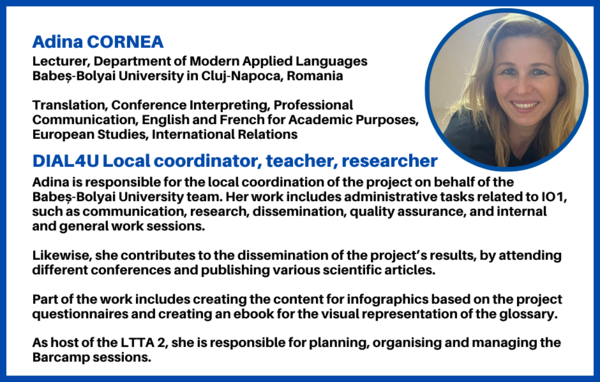 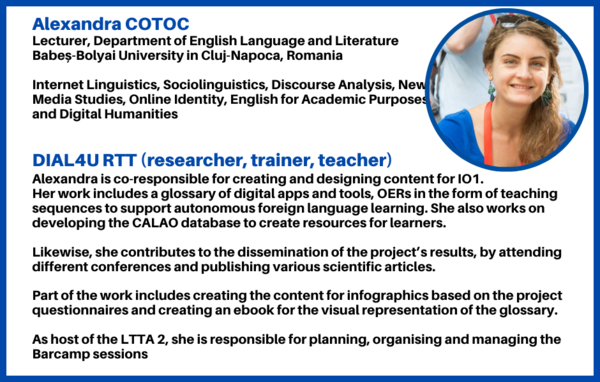 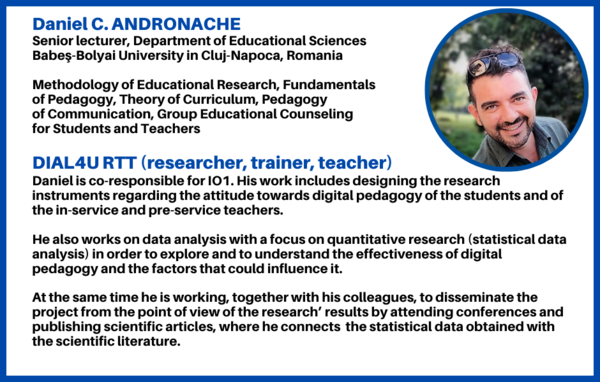 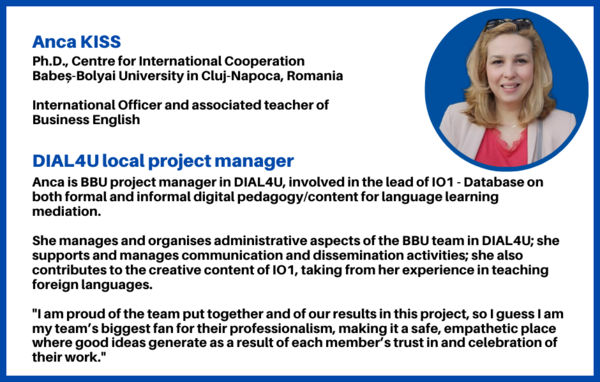 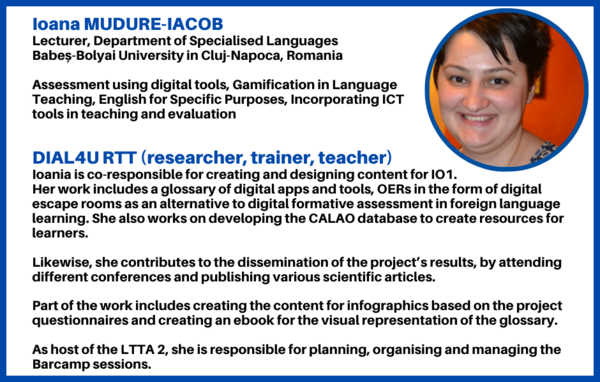 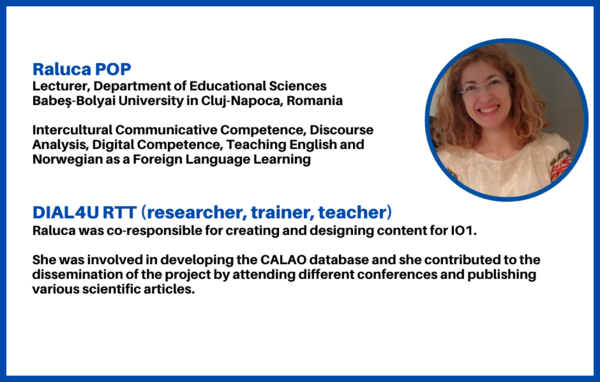 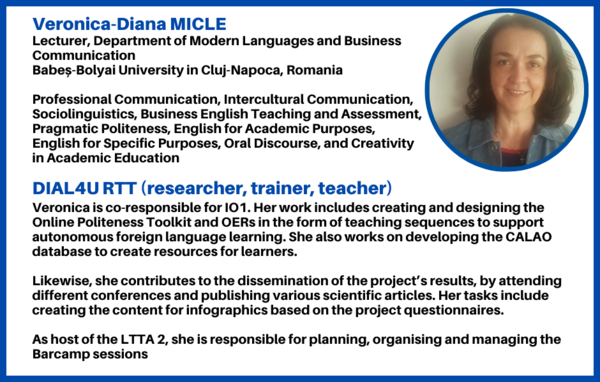 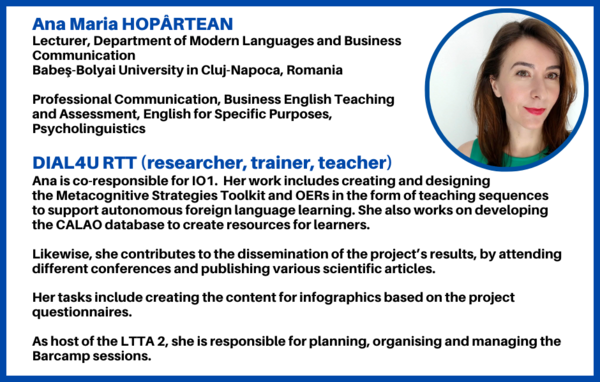